With healthcare costs at an all time high for both patients and hospital operations budgets, the price tag associated with staying healthy is often staggering. Patients may typically blame insurance companies and physicians for hefty bills, though clinics and hospitals funnel monies into several different channels that comprise the cost of doing business in healthcare.

Often overlooked, the price of avoiding and treating healthcare acquired infections is a tangible expense for all hospitals.

In the United States, the cost of treating hospital-acquired infections is estimated somewhere between 10-35 billion dollars, or roughly $15,000 per patient. This is the cost of treatment alone, before factoring in any preventative measures. In comparison, treating HAIs costs Canadian hospitals around $42 to $59 million dollars a year, suggesting that cost of infections is not a symptom of a “broken” healthcare system, but a problem which reaches past our own national healthcare system and practices.

Hospitals don’t carry the burden of expense alone. A 2005 Study from Pennsylvania estimated that the hospital bill for a patient who acquires an infection during their stay quadruples, jumping from about $45,000 to $175,000.

Some of the costs that hospitals accrue as a result of HAIs are indirect. Compulsory staff absences, increase in legal fees, ward closures, increased pharmacy costs and increased lab requests can all drive up the hospital’s bottom line. What’s more, stigmatization of a hospital resulting from an outbreak can damage a hospital’s reputation thus negatively impacting already tight profit margins.

Breaking Down the Costs of Avoiding Infections:

In the hospital and clinical setting, shared equipment must be decontaminated after each use, with disinfecting solution. Rooms must be cleaned between patients, and surfaces must be disinfected regularly. The costs of cleaning supplies and chemicals may seem modest but are nonetheless a small contributor.

PPE, personal protective equipment like gloves, gowns, and masks, can cost a hospital in the vicinity of $85,000-$176,000 annually.

Air circulation and filtration systems, meant to keep pathogens isolated and wards with immunocompromised patients safer, are estimated to cost a hospital around $20 a day, or anywhere from $5,000-$17,000 per year, depending on the type of filtration system and size of the hospital.

With current hygiene practices and HAI treatment regimens so costly, new technology seeks to address the high costs and reduce the chances of infection. Xenex® has produced an antimicrobial robot that kills microorganisms through blasts of UV light. At $80,000 per robot, this droid is certainly not inexpensive, but the manufacturers claim that using the Sci-Fi like piece of equipment can save hospitals upwards of 3 million dollars annually. Tablet disinfecting systems, like ReadyDock, which also harness the germicidal light in order to disinfect mobile devices used in conjunction with electronic health records, can cost around $2,500 per docking station.

Preventive costs and equipment, which aim to reduce and eliminate HAIs are prophylactic investments, but realistically, are a fraction of the costs associated with HAIs which result from time lost and money spent after an infection has been acquired and not before. Investments to reduce HAIs can be an healthy for the bottom line of the hospital, reduces patient bills, but most importantly can protect patients and hospitalists from undue harm. 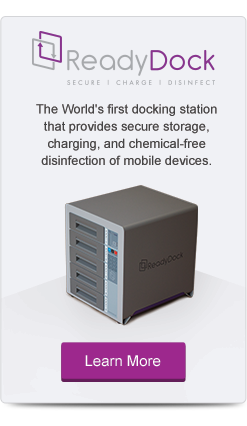 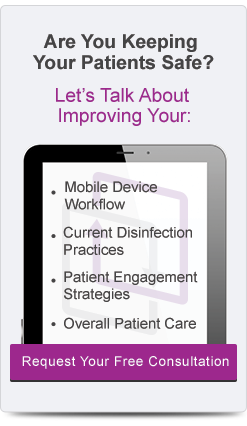